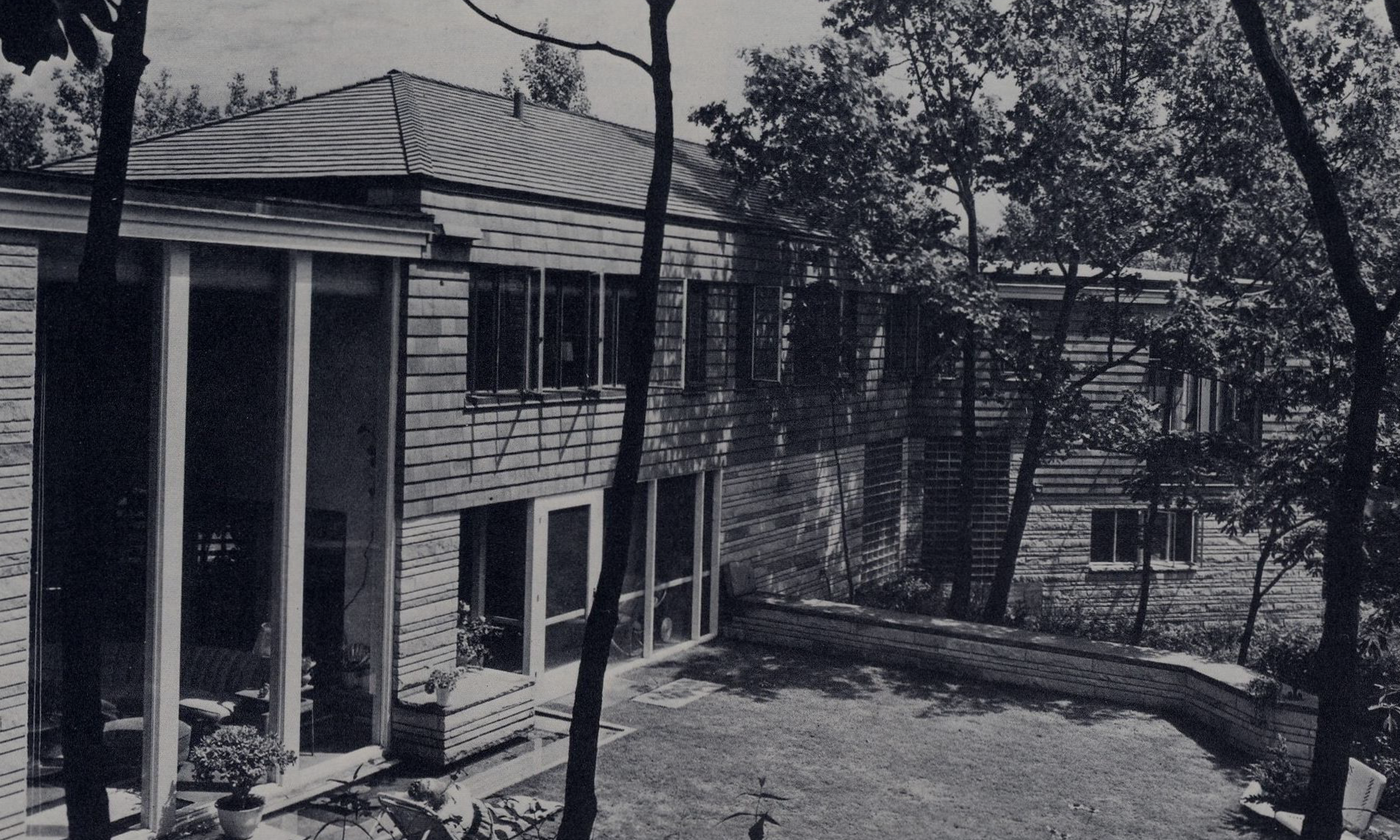 Design Lessons: Architecture at One with Nature

By Elena MorettiJanuary 14, 2022No Comments

The idea of morphing architecture into the surrounding landscape isn’t new, and many architects before us have implemented this philosophy into their architectures. One of them is American architect John Lloyd Wright, son of the legendary architect Frank Lloyd Wright. Similar to his father, John sought to build homes and constructions following the principles of organic architecture, but tried to express them in his own terms. His signature approach has been identified in a specific choice of materials, in the rhythmic, harmonic pattern of his structures, and a focus on construction from interchangeable elements. Following are some of the most icon examples of his work.

Tucked into the surrounding landscape, this single level home incorporates the typical Prairie style design elements. John employed the use of long horizontal bands of windows and trim to evoke the prairie landscape. He also created a seamless integration of indoor and outdoor living spaces using a large door placed in a family room, opening to a private brick courtyard.

This ingenious home allows for spectacular views of the ocean through glass walls and large windows positioned strategically throughout the rooms. For this home, John Wright deployed one of his most characteristic strengths: wood painted in intense colors (or even gilded) to create elaborate swatches of color. The house shows the stucco and wood ceiling panels painted in both muted and bold paint colors.

This house has a unique design that separates it from the rest of his other work. The distinctive feature is in the hipped roof and wide overhanging eaves, but John also included large expanses of windows to welcome the natural light, the use of flat surfaces and corners cut away with glass or enclosed porches. Following his strong belief in organic architecture, the home coexists seamlessly with the surroundings.

Although John Lloyd Wright’s architecture was largely influenced by the style of his father Frank, he was able to give his buildings a specific signature. This laid in the choice of materials, which he believed needed to be compatible with the climate and the traditional architecture of the region. Natural wood and stucco were his principal media. He also continued to try to achieve unity of design through the use of predominantly large windows and doors, and narrow frame profiles– to make the frame disappear and blend the building as much as possible with the surroundings.

The exterior of his architectures was usually simple, with no excess ornaments, to help achieve that environment for living that is well-proportioned, beautiful while at one with nature. For some projects, he even added small pieces of plywood into what he called “lichen- aceous ornament,” drawing a parallel between the almost symbiotic relationship of rock and lichen, and the nature of ornament which adheres to the structure of a building. John Wright incorporated the ideas of “fluent, coherent” architecture in its pure form: from the shape of the building itself, to the materials he carefully selected, to the thoughtful attention he dedicated to the interior design elements of each home.

Click here for more information about the history of John Lloyd Wright and to explore photos of his work – both interior and exterior design elements.

President and CEO of the Window & Door Manufacturers Association 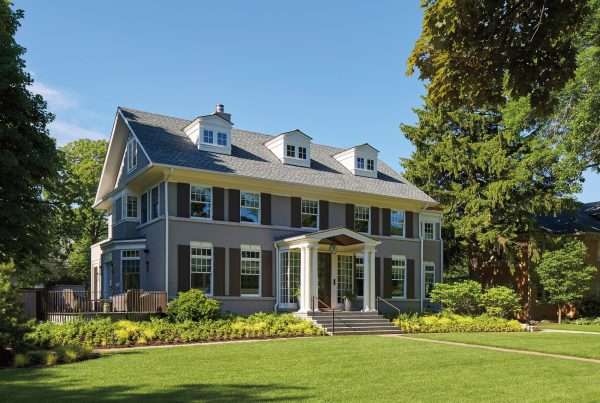 What to Know About the Colonial Design Style 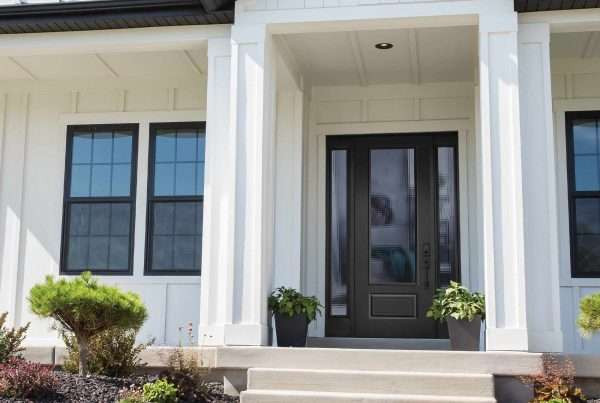 How Doors Can Increase Curb Appeal